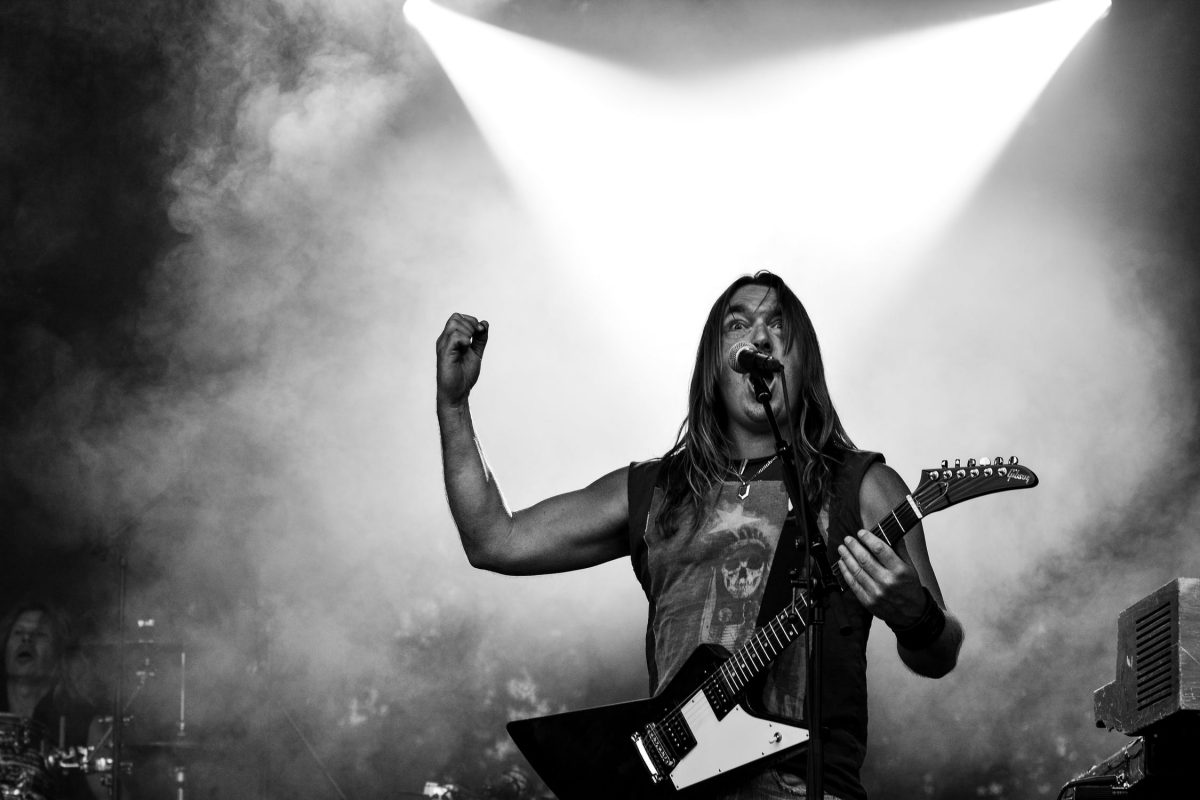 Let’s face facts. Metal costs money. If you are a metal guitarist, chances are that you fantasize about rocking stadiums with the same kind of ultra-expensive hardware your influences play.

Big expensive amps are flat out sexy and it is very easy to start thinking that you need to spend three grand or more on a Bogner or other such dream machine to make your rock and roll dreams come alive. Then, reality rears its ugly head and you remember all those bills you have to pay. Suddenly, it seems like a great idea to investigate more sensibly-priced metal amp offerings, ones that probably won’t make your significant other put you out.

Thankfully, we have done this bit of legwork for you and today bring you our picks for the best metal amp under $500.

All of these amps will let you bring home the rock without selling your house to do it. We all like different stuff, so be sure to try before you buy, if possible.  Are you ready to get loud? Here we go! 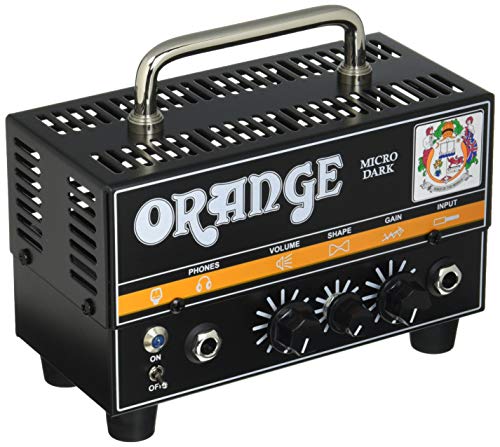 Check Current Price
Orange is, of course, the OTHER British amp company that was around in the early days of metal and powered the backlines of Black Sabbath, Led Zep, and tons of other bands from across the pond. They are still popular today with a wide range of metal guitarists, including many in the Stoner/Doom camp.

The super cool Orange Micro Dark Mini is a hot picks for anyone wanting to get some grind on while staying really small. It is built around a new high gain circuit meant to provide excellent clean, overdrive, and distortion sounds.

The circuit blends tube and solid state elements in the preamp and power amp sections, respectively. This makes for more versatility than a small all-tube amp can muster.

Orange amps are never overrun with knobs and controls and the Micro Dark Mini fits that profile well. The only knobs are for Volume, Shape, and Gain, which makes this one practically idiot-proof. It does, however, have a fully-buffered Low impedance Effects Loop and a CabSim Headphone Out for silent practice and direct recording.

There is a lot of fun to be found here, especially for an amp this size. If space is a premium, this is your rock machine. 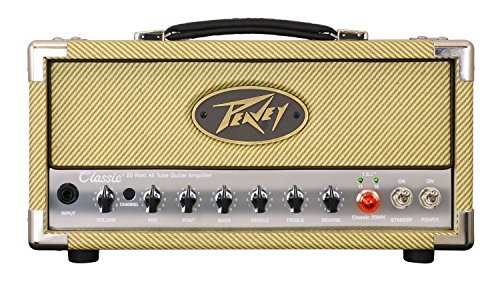 Check Current Price
It is not hype to say that the Peavey 6505 head helped define the sound of modern metal. These heads have been used by an insane amount of heavy bands over the years.

The newer Peavey 6505 MH Mini Head delivers the same signature high gain tone as its big siblings in a smaller, less expensive package. This one is a no-brainer for anyone looking for metal on the cheap.

It is a lunchbox-sized head that runs at 20 watts, 5 watts, or one watt, features a Mic Simulated Direct Interface for direct PA injection, and even sports a USB out for tracking guitars into your favorite DAW.

We love all the mini amps around the office complex because size does matter. Great tones in a portable head are hard to resist. The 6505 MH, however, is particularly tasty because it brings high-dollar rock sounds to the party at a price that is more than civilized.

Great affordable guitar tones have been Peavey’s mission since the very beginning and this is just one more step towards that goal. This one is tough to beat. 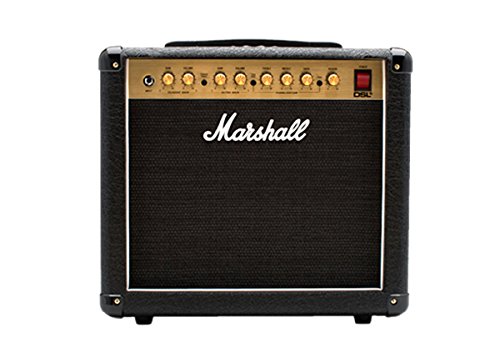 Check Current Price
Marshalls are Marshalls and Marshalls make metal. Everybody knows that.

The Marshall DSL15H is a hard-rocking little amp for those that just have to have the M Word on the front of whatever they play through. It is a 15 watt all-tube small box head that gets its power from a pair of 6v6s and its preamp tone from a quartet of ECC83s. The DSL has two channels, Classic Gain and Ultra Gain, a Deep Switch designed to ratchet up the low end impact, and a Pentode/Triode Switch to cut available power in half when needed.

It’s a little guy but it carries Marshall big amp DNA and that makes all the difference.

The DSL15H will cover all the Marshall bases from Plexi to JCM800 to modern metal rage. The four-band EQ section and Tone Shift button makes it all a piece of cake.

DSL heads are very popular with many rock players and this one is no exception. It is a straightforward head that is easy to dial in and will surely make a lot of people quite happy.

Marshalls are Marshalls, after all. 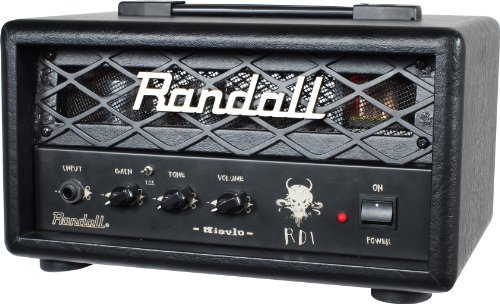 Check Current Price
Solid state amps have found a place in the world of metal music thanks, in large part, by Dimebag Darrell of Pantera and his cranked-up Randalls. They offer a tightness suited for fast picking that tube amps really can’t match, due to the way tubes sag when driven.

If you are into the Pantera sound, the Randall RG1503  is something you need to audition. It is an FET-based three-channel head with four bands of EQ, Mid Scoop, Bass Boost, Reverb, and an Effects Loop. A four-mode footswitch that controls channel and reverb functionality is thoughtfully included.

The RG puts out 150 watts of power and this makes it a perfect amp for those who need to cover larger stages at a smaller price. It matches up well with the Randall RX412 4×12 cabinet for a budget-priced half stack that will get the gig done.

This is a whole bunch of amp for the money and deserves your serious consideration. 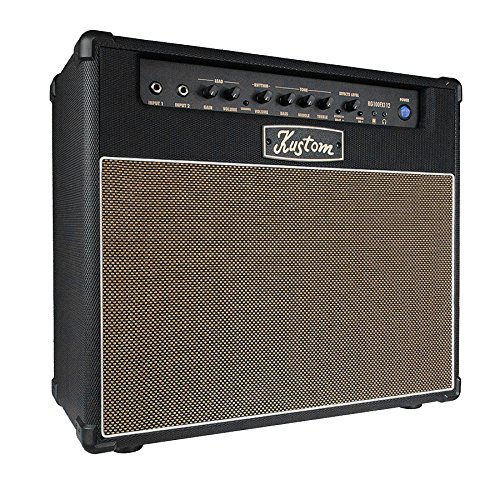 Check Current Price
Kustom is an amp company many don’t think about these days but has some amps that are worth investigating. The Kustom KG100HFX is a sleeper choice that might be just the right thing for some members of the metal community.

It is a classically-styled 100-watt head with two channels. The Rhythm Channel is clean, dynamic, and clear and is well-suited for many types of playing. The Lead Channel goes from crunchy old-school rock to modern-day gain saturation and is what puts this one on our list today. There are three bands of EQ that let users shape their sound and tone.

The KG100 is made to go along with the Kustom KG412 4×12 cabinet and, as we well know, any half stack is full of metal potential. Don’t let the classic rock reputation of Kustom’s early days fool you: the KG100 is a fire-breathing dragon just waiting for you to plug into it.

See how it sounds:
KustomKG100FX

GuitarGeary.com is a participant in the Amazon Services LLC Associates Program, an affiliate advertising program designed to provide a means for sites to earn advertising fees by advertising and linking to Amazon.com. *Amazon and the Amazon logo are trademarks of Amazon.com, Inc., or its affiliates.