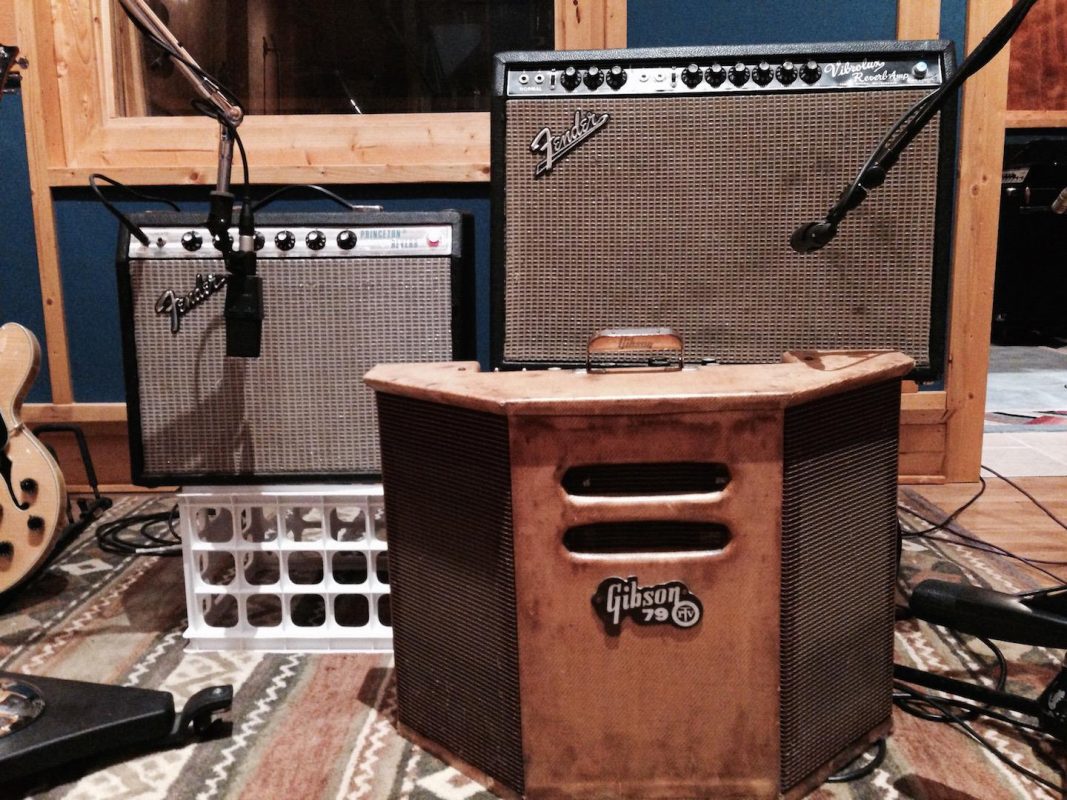 It’s never been easier than it is right now to get an outstanding direct guitar sound live or in the studio. It’s a good idea, however, to take a step back to the physical world and learn how to record your guitar with an actual microphone.

The youngest players out there may have never even done this once but there was a time when it was the only way to track an electric guitar and make it sound good.

Traditionally there are lots links in the chain here – and you should be familiar with them all – take a look at the articles we’ve written on the best guitar speakers, replacement bass speakers as well as the all-important guitar amp mics and bass microphones.

Ambient mics that record room sounds and reflections are beyond the scope of this tutorial. You really want to get good at the basic stuff first before getting too complicated, especially if you are a home recording buff. An understanding of close-micing will serve you well as a guitarist and if you ever need to record other instruments in the same way.

Microphones are a big subject but, for recording guitar amps, the only one you really need to know about is the eternal Shure SM-57. 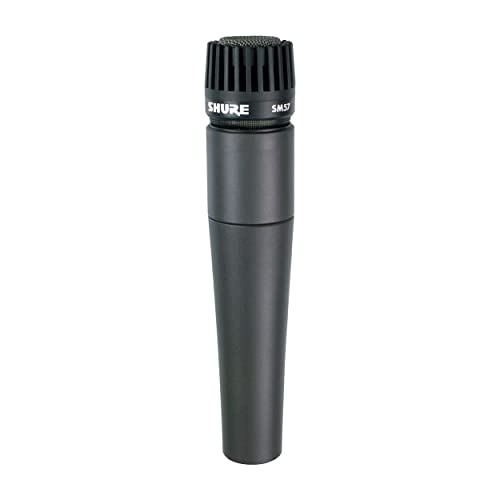 The SM-57 has been the mic of choice for tracking guitars almost since the beginning of time and has captured more great moments in guitar playing than any other mic in history.

It is an industry legend for sound and toughness on guitars, drums, and even vocals at times but it is as a guitar mic that the 57 is most famous.

It has a frequency range that makes a guitar amp sound the way it should without a lot of difficulties. There are, of course, other mics that are used to record guitars but the SM-57 is Ground Zero for guitar tone, so get one.

Now that we know which microphone to use, all we need to do is figure out where to put it.

Where we place the mic in relation to the speaker we’re capturing in the amp or cab is very important.

We put the mic head-on into the speaker and move it toward the speaker’s center to record more brightness and outward toward the edge to achieve more bass. 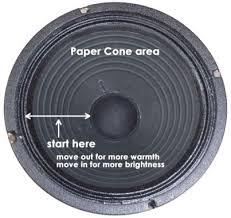 Some engineers will put it right up on the grill cloth and others will back it off a few inches. This is where the science of recording becomes art. 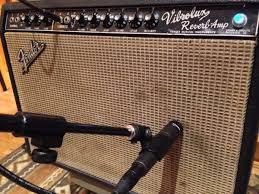 When getting ready to mic an amp, you will often see engineers feeling around the grill cloth to find the edge of the speaker.

The really hardcore techs get down and put their ear in front of your amp while you’re playing, find the exact spot that sounds the best, and put the mic there. This technique also works well for acoustic guitars.

You’ll often see veteran players place little bits of tape on the ‘sweet spot’ on their amp grills where the mics sound best. No matter how you do it, be prepared to spend a fair amount of time playing, recording, listening, moving the mic, and doing it again. You will come to terms with the fact that your sound is an actual living, physical thing and not just a line-level signal from an amp modeler.

Simple close-micing involves doing this on just one speaker and running the mic into your board or recording setup.

If you want to level up a notch and have more than one speaker and one microphone, you can mic up each speaker and record them to separate tracks. This is where you can also experiment with different mics.

Keep the SM-57 on one speaker as your basic tone source and try out a condenser, ribbon, or different dynamic mic on the other one.

Popular choices for a second mic are the Sennheiser MD 421 and the Royer R-121. You can then process each track in different ways, pan them to different locations in the stereo field, and generally have your way with them, all in the name of good clean fun.

Once again, this is science becoming art. Never lose sight of that.

Another great video you should watch:

A lot of people get bent out of shape about using outboard mic preamps when recording this way but that is mostly a hair-splitting contest.

The mic preamps in most any modern recording interface will be good enough for you to capture some killer tones after a little practice. This recording game is a lot more about ears than gear and the time spent learning to use what you’ve already bought will pay more dividends than buying a bunch of expensive gear that you’re not sure how to use will.

The main thing is to set a reasonable input level on the track you’re using to record. You don’t have to hit digital hard like we did with tape in the coal-burning days because digital distortion sounds terrible and you’re probably going to compress the whole thing later on, anyway.

Keep your meters out of the red and you should be ok.

Another important thing to remember is that is a lot easier to record a good guitar sound using a good-sounding rig played by a skilled guitarist.

Like cooking, starting with good ingredients is half the battle. That $100 half stack you got last year at a garage sale is going to sound like what it is, no matter what mic or technique you use.

Likewise, a player who might not be used to recording may tense up or choke and not deliver a good tone or performance. This whole thing is about practice and learning to comfortable with your gear and as a musician when the red light comes on.

There’s a lot more to learn about microphones and their use in recording but the information here on how to mic an amp will keep you going for a good long while. Microphone practice will also make you appreciate the speed and convenience of direct recording, too, and it’s fun to layer modeler tracks with real amps.

Just get a 57, put it on your amp, and start listening to what it does. Season to taste. Practice this stuff for a few months and your recording game will elevate noticeably.